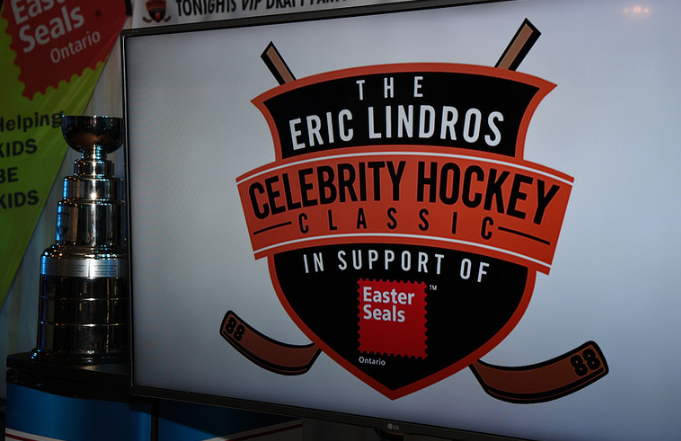 Cambium’s Durham office was proud to sponsor a team in the 2017 Eric Lindros Celebrity Hockey Classic held at Iroquois Sports Park earlier this month.   The event raised an incredible $330,000 for Easter Seals kids.  The Cambium Team raised over $5,000 and got to play hockey for the day with Maple Leaf legend Dan Daoust.  They also go to play against Eric Lindros linemate on the Legion of Doom – John LeClair as well as Leaf icon Nik Antropov. 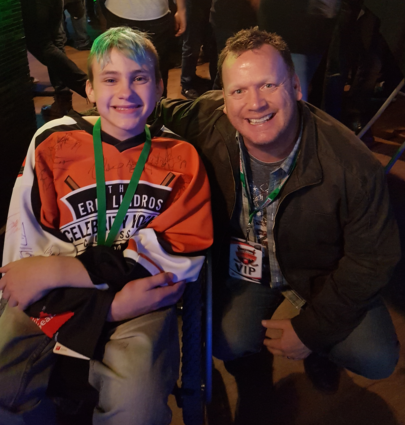 Cambium Aboriginal General Manager with Aiden – It’s all about sending these kids to camp! 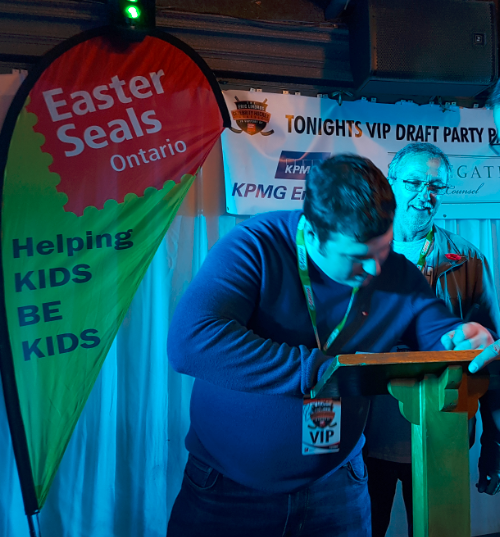 The level of hockey we played solidified our belief that we were meant to protect the Earth rather than skate on it.  It was a great cause and next year our team will be looking to double our fundraising efforts.  Thanks to all of those that supported us. 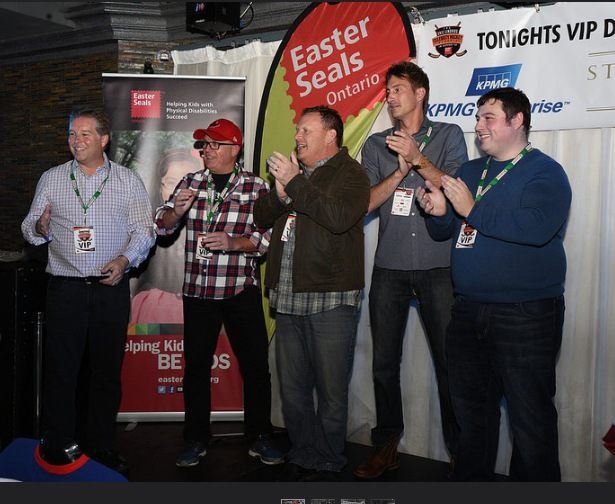 The 5 Members of the Cambium Team calling their 14th round draft pick, Dan Daoust.

Congrats to Evan Black of Cambium and Michael Jacobs, General Manager of Cambium Aboriginal for organizing our hockey team. 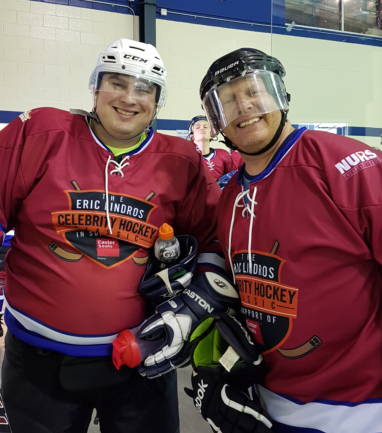