Redside Dace now Listed as Endangered in Canada – What Does it Mean for You? 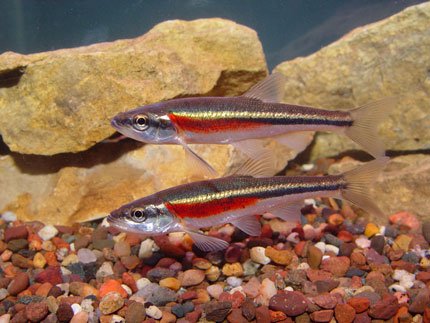 Redside Dace are small freshwater fish that live in shallow streams and slow-moving water. They range across the Northern United States and Southern Canada with populations concentrated around the GTA. They were added to the Species at Risk Act in 2009 due to diminishing populations from habitat loss and degradation. Redside Dace require gravel-bottomed waters with overhanging vegetation, much of which has been impacted by agricultural developments as well as diversion of streams and rivers. As of May 3rd, Redside Dace are federally listed as endangered in Canada affording them (and their habitats) substantial protections.

So what does this mean for you? The Provincial and Federal governments provide significant protections for species listed as threatened, endangered or extirpated which may affect any activity that will cause harm to the listed species or its habitat. When a species is listed, it is illegal to:

This means that any activity that might affect Redside Dace’s habitat (such as stormwater management systems, changing the course of a waterway, excessive sediment or removal of vegetation that might be associated with land development) is illegal without approval.  According to O. Reg. 242/08:

A person who wishes to carry out an activity [that affects Redside Dace habitat] shall comply with the following conditions:

Before beginning any part of the activity that is likely to kill, harm or harass Redside Dace or damage or destroy the habitat of Redside Dace,

i. The person must prepare a mitigation report in accordance with subsection (5),

ii. The person must submit the mitigation report to the district manager of the Ministry, and

iii. The district manager must approve the mitigation report, subject to subsection (6), and the person must have received written notice of the approval.

If you or your company are looking to do work that may affect endangered Redside Dace (or any other listed species) and require a mitigation report, or simply are unsure if your activity may affect an endangered species – give Cambium’s biology team a call, they will be happy to assist you! http://cambium-inc.com/biological-impact-assessment-and-monitoring.php